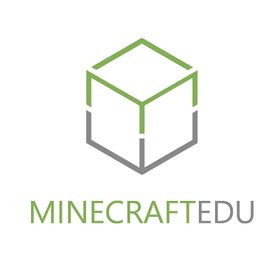 MinecraftEdu is a sandbox indie educational video game written in Java, developed by [1], published by E-Line Media, and licensed by Mojang AB.[1] It is meant as an educational version of Minecraft for classroom use.

In the beginning, MinecraftEdu was developed by TeacherGaming which were three developers and three teachers, located in the United States and Finland. Later, TeacherGaming expanded into a team of eight.

MinecraftEdu focuses on allowing the player to explore, interact with, and modify a dynamically-generated map made of one-cubic-meter-sized blocks. In doing so the student with the help of the teacher is supposed to learn a variety of subjects. The teacher can change settings to defy where students can place/destroy blocks and the world used on the server.

MinecraftEdu can be purchased for $18 per student(24 or less) or $14(25 or more) for the User license and $41 for the Server license. The server license can be bought as a one-time purchase. Once purchased, the game can be played by downloading the launcher. MinecraftEdu Hosting Beta is also available for $20/month and does not require you to pay the server software license again.

The objective of the game remains the same as regular Minecraft, where players can build virtual realities in a sandbox-like environment. However, MinecraftEdu also has the goal of an educational use to teach a variety of subjects.

MinecraftEdu differs from the regular version in a variety of ways, such as a tutorial mode, teacher options and exclusive Blocks/items.

(Can open by pressing P)