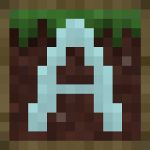 Deep in the void after the death of a massive star, two celestial bodies began to form: Jotnar and Vanir. Eventually, gravity pulled them together, and they collided. Their debris formed a solar system composed of one massive planet, Álfheimr, and eight moons orbiting it.

But all was not well. These empires often fought, and their resources dwindled. Resorting to strange and long forgotten magic, the dark elves of the moon Niflheimr accidentally created a parasitic disease that took elves as its host. The disease would take hold of the host's mind and slowly petrify the poor infected Elf.

The dark elves saw this as a weapon and "accidentally" spread the disease to the other planets. The poor elves of Álfheimr were never prepared for such an attack, and they quickly succumbed to the sickness. Their mighty empires soon perished, and there was nothing left on Álfheimr but the infected.