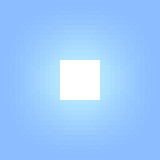 The sun is a celestial body that provides light and life for the Minecraft world.

Example of the sun rising on the horizon.

When the Player creates a new world, the time is set to dawn and the sun starts on the horizon. As time passes, it will slowly move across the sky. As the sun sets, the moon rises. Overall, daytime lasts 10 minutes (in real time).

Sunlight refers to the light which illuminates all blocks directly below the sky, and which do not have a shadow cast over them by an opaque block or by inclement weather. Clouds themselves do not cast shadows; however, during inclement weather (rain and snow), the sky darkens and reduces the amount of sunlight in the world. During these storms the ambient light value during the day will be reduced to 12 from the usual 15, and in thunderstorms the light level will be reduced to 10, though treated like it were 5, allowing hostile mobs to spawn.

When the sun rises and sets, blocks exposed to sunlight will change their light level depending on the angle of the sun, giving the effect of gradually getting lighter at dawn and gradually getting darker at dusk. However, shadows of blocks are not affected by the position of the sun in the sky, making sundials impossible (except in Pocket Edition).

The deeper underground the player is, the less sunlight will illuminate the ground, until ultimately there will be no sunlight at all. A gap or a vertical shaft in the ceiling of a cavern will allow sunlight to filter in.

Sunlight can be used to turn dirt blocks into grass blocks, as long as there is an illuminated grass block adjacent to the dirt. Grass blocks will spread quickest when exposed to sunlight, which is at the high-point of the day, time 6000.

Αρχείο:Dying Zombie.png
Some mobs, such as zombies, will burn up in sunlight.

Hostile mobs, in contrast, will not spawn in direct sunlight at light level 7 or above. Skeletons and zombies will be set on fire upon entering an area fully illuminated by sunlight, and will try to avoid contact. They will not burn while in water, in the rain, wearing a helmet, or in the shade. Spiders will turn neutral while in direct sunlight, until attacked by the player. Endermen will teleport away from players in sunlight. All other hostile mobs, such as creepers, slimes, and silverfish are completely unaffected by sunlight.

Certain Nether mobs (such as zombie pigmen) will "burn" when brought into sunlight, but otherwise remain unaffected due to their immunity to fire. Nether mobs (with exception to wither skeletons) can spawn in all light conditions.

Boss mobs do not take damage from sunlight, and will spawn regardless of light level.

Example of sunset with a “round” sun before Beta 1.9 pre-release 5.

Issues relating to “Sun” are maintained on the issue tracker. Report issues there.