This article is about custom world textures and looks. For player skins, see Skin. 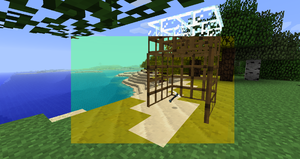 Default versus JoliCraft in the center

In 1.6.1, texture packs were replaced by resource packs.

In Console Edition, texture packs are avaible as downloadable content that can be bought from the Xbox 360 or One marketplace/Playstation store/ Wii U eShop or from the downloadable content section of the game, in addition to the regular textures that come with the game. They are included in mash up packs for free. 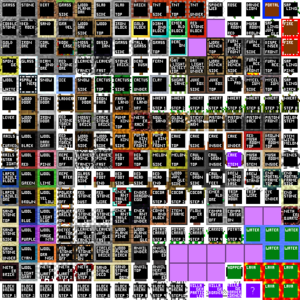 To create a custom texture pack, the files you wish to modify must be extracted from minecraft.jar with an archiving or decompression program such as 7-Zip or WinRAR. They can then be edited with any image editing program that can read/write the PNG file format and handle transparency. A program such as GIMP, Pixlr or Paint.NET will work well, as all of them are provided free of charge. Programs such as Microsoft Paint do not support transparency, and will replace transparent areas with color (or pure white), ruining the texture. An example of this is that ice will become a solid color. However, it is possible to create a texture pack using only paint in Windows.

Edit each PNG file as desired, and save them as 32-bit PNG files to preserve transparency. Then, create a zip file of the modified files, preserving all of the original folder hierarchy, however this is not necessary. Any omitted file will be replaced by the default texture pack's version. If you find that nothing changes when you select your texture pack, make sure that the files are properly placed in the root of the zip (a common error is to place them within a folder in the zip, which will not work).

-> 1.6.x and later use JSON to express animation and other effects

In Minecraft 1.5 or later, almost any block or item can be animated. Clocks, Compasses, Water, and Lava have special rules for animation (see Special Cases below). Animated textures require an additional .txt file to define the animation. The text file must have the same name as the image (such as "dirt.txt" for "dirt.png") .

The format of the text file is simply numbers specifying which frames to pick (indices start from 0), separated by either commas or new lines. For example, if you would want to ping-pong an animation that has 4 frames, the contents of text file would look like this:

Water and Lava: The water, lava, and lava_flow textures all have default text files, which must be overwritten if you have an animation that varies from the default length of 32 frames for water and 16 frames for lava. The textures for flowing lava and water use 4 slots of the terrain texture. To simplify the construction of the artwork, these two sheet images are double the size of the other blocks in the texture pack (32×32 pixels for the default resolution).

Compass: The compass cannot be animated, instead it will use its animation slots to render the direction of the needle. The compass can have any number of directions, but the first one (frame 0) should point south and the others should gradually turn clock-wise. Naturally, the last frame should almost point south again (slightly to the east).

Clock: Like the compass, the clock cannot be animated. Its animation frames are used to render the time of day. The first frame is noon, then counting clock-wise a whole day. Midnight is at half of the animation's length (so if you have 32 frames for the clock, midnight should be at 16).

Mod textures can be found among their files in their downloaded zip/jar. Some looking around may be needed as mod folder structures can vary. (Please improve list.)